I live in my jeans. I work from home and often wear jeans every day of the week. 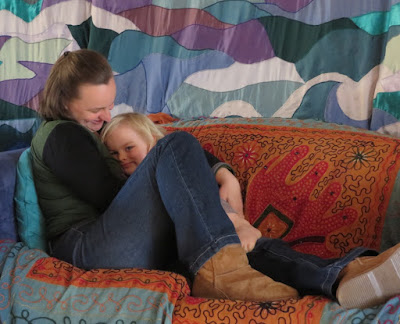 So when all three pairs came through the same washing load recently with irredeemable holes it was a small-scale clothing crisis. I had mended and patched my jeans many times over, but they had gone beyond repair.

I have been vaguely aware that jeans have many levels of ethical concern. I decided that as this is an item of clothing I rely on so heavily, it was time to research properly and find ethical jeans. 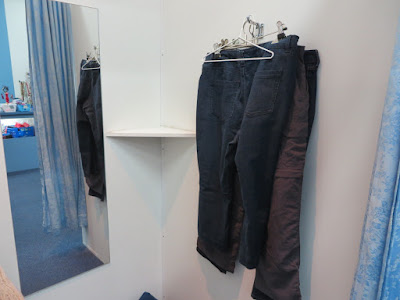 According to the Shop Ethical website, there are at least six areas of potential concern around jeans: transparency in the supply chain, use of sweatshops overseas, use of underpaid Australian outworkers, forced child labour in cotton production, excessive pesticide and insecticide use in cotton production, and toxic sandblasting in preparing denim. It was quickly apparent that if I wanted to attempt an ethical purchase on all six fronts I would need to purchase from a small operator, almost certainly online. If I wanted to walk into a store and buy jeans over the counter my best option looked like being Jeanswest (pretty good on addressing labour and supply chain issues; not so good on the pesticides/insecticides/sandblasting issues).

The options I found online that looked reasonably sound were: Kuyichi (from the Netherlands), Nudie Jeans (Sweden) and Monkee Genes (UK). Australian brands Denimsmith and Nobody Denim (both Melbourne) are each accredited with Ethical Clothing Australia. However, this considers workers pay and conditions but not broader environmental considerations.

The only problem was: none of the jeans available through these companies was a style I was prepared to wear. The trend at present is for super slim legs and I am not of a build that takes kindly to skinny styling. Where I could find some looser designs the fabric was artificially 'aged' with fake wear and tear. Having spent plenty of time patching worn or torn knees I can't come at buying clothes with holes in them, however stylishly arranged. 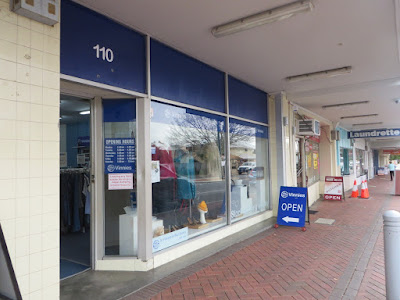 In the end I chose to visit an op shop. There I found jeans in a size and style that suited me. Perhaps they were originally made in sweatshops using cotton doused in pesticides and picked by child slaves, but my money did no support any of those things: it went to the St Vincent de Paul Society, who provide services for the poor. Further, by supporting op shops I am encouraging recycling of clothing, hopefully reducing the demand for the blood-sweat-and-poison soaked clothing of mainstream stores. (Is that too dramatic? Over 10% of the world's pesticides and nearly 25% of its insecticides are used in growing cotton, of which jeans are made; in Uzbekistan, the world's 5th largest cotton exporter, the government enlists children as forced labour to harvest the material; thirteen other cotton-producing countries also use child labour, with children reporting health issues as a result of exposure to pesticides; silicon used in sandblasting denim causes emphysema; in sweatshops throughout Asia underpaid workers are crowded into unsafe conditions to sew Western clothing and periodically these conditions kill them)

Initial Time: researching online took a couple of hours; visiting the op shop took about half an hour. I find the lack of choice liberating: there were only about seven pairs of jeans in my size in the store; three were acceptable so I bought them. Simple. 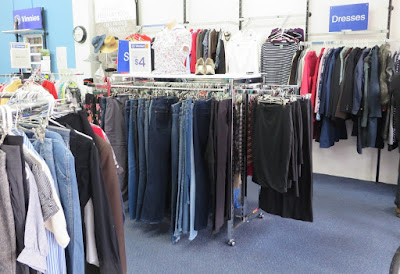 Initial Cost: Had I been able to find a style that suited me, the online ethical options had jeans from about $100, with a wide selection around the $120 mark. Buying at an op shop is of course a cost saving. However, as I can afford to pay more than $4 for my jeans, I also made a donation to the store above the shelf price. It was still a lot cheaper than buying jeans new.

Ongoing time or cost commitment:
It is now over three years since I committed to twelve months of buying only ethical clothing for myself. In that first year I bought one jumper and a couple of bras. In both instances I used the Shop Ethical Guide to check that my purchase wasn't from a company with terrible human rights records, but I didn't got out of my way to chase up the most ethical option. I had some worthwhile conversations with shop assistants about ethics in clothing, raising issues with them that they had never had customers ask before. Those conversations were probably more important than the impact of where my dollars were spent.

Taking action about jeans is an outworking of that earlier commitment and will hopefully lead to other related actions.

Since the first year I have bought a few items from op shops, a few rounds of unconsidered underwear, and some clothes from Kathmandu (a big chain doing pretty well on several fronts: workers' pay and conditions, source of materials, and reducing packaging) and Nomad Gnome Fremantle (a local store personally sourcing from ethical small producers in Nepal). All up my 2013 commitment has, as I anticipated at the time, meant I have spent far less time and money overall on buying clothes. Never a big clothes buyer anyway, my acquisition is down to a trickle. It makes me happy not to be overfilling my wardrobe.

It will be a few years before I need to buy jeans again, but I am committed to having another go next time at finding something ethical that I am also happy to wear, even if it means paying a little more (perhaps fashion will have changed by then). In the meantime I will tell my slender friends about the great online ethical jeans options they have available to them!

Impact: This has mostly been discussed above. I recommend the Shop Ethical Guide's discussion of ethical issues for denim (click arrows for detail on each issue) - this explains things clearly and concisely, so I have not repeated most of it here.

One area not mentioned is packaging. This is a concern of mine with online shopping, as everything seems to come packaged in plastic to ensure it arrives safely. Any store that is not producing on site is likely to use packaging in transporting goods - the more stages in the production, the more rounds of packaging. I put my unwrapped purchases in my bicycle basket to get them home: zero packaging.

And of course the carbon footprint of transporting from farm to fabric production to clothing production to warehouse (usually multiple stages of) to store is not insignificant either. Clothes at Vinnies may have been moved around the city a couple of times from donation bin to sorting centre to store, but its hardly comparable with the way new clothes criss-cross the globe, as raw materials, fabric and finished products. Opting for an op shop meant drastically reduced carbon footprint on transport and almost zero waste on packaging.
Posted by Clare Nerida at 8:23 PM 2 comments: Links to this post