I have now been blogging about sustainability for over two years. 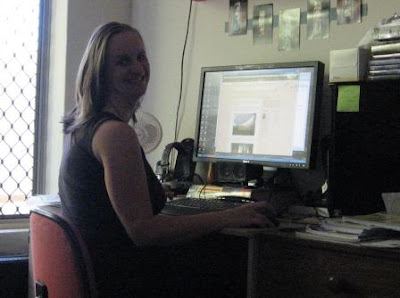 I am the most unlikely blogger. I am not on Twitter or Facebook. I do not have a smart phone - in fact, the number for the mobile phone I do have is kept well protected and hardly anyone contacts me that way. I had been blogging for over a year before I told more than ten people about the blog, and allowed Tyson to post links to it on his Facebook page. Readership shot up from two to ... oh, twenty?
More recently it occurred to me that writing this blog is in itself an act towards sustainable living - but not really if no-one knows its here. So in January I decided to enter my blog in the ReNew Magazine's 'blog of the year' competition and to my enormouse surprise, I came second! I have received a lovely solar lantern and woodgas camp stove from Stickman Stoves (thank you!) but perhaps more importantly ReNew magazine ran an article about the blog, so perhaps a few people out there who don't know me personally may now have had a look at it.
Initial Time: I picked at writing the first eleven posts over several weeks - Eva was about 4 months old at the time and 'picking at' was all I could muster. This is why all the early (Jan 2010) blogs are posted on the same day - I launched them when I was happy with the group and confident I may be able to continue writing relatively regularly.
Initial Cost: Zero.
Ongoing time or cost commitment: Zero cost. Time: 2-4 hours per month, depending on the complexity of the blog entry, research required, calculations, and number of photographs.
Impact: My hope is that at very least I have inspired a few people to have a go at simple actions for more sustainable living - that I am showing that it is do-able.
This is where I need your input. In a raging break with my quiet style I am asking for comments (!!!) to answer this section. Has this blog had any impact on you at all? Is there anything, however small, that you have been inspired to try after reading this blog? Please leave comments even if you stumble across this entry in 6 months time - or come back and leave comments here in future if you get around to making changes later on. Thanks!
The second thing you can do to change the impact that this blog has is to let other people know that its here. I'm a shocker at self-promotion. If anyone out there thinks the content of this blog is worth sharing, and might help make a difference towards us living better together on our one small planet, please let some of your friends know.
The third thing you can do is consider how YOU let others know what YOU are doing to live more sustainably. I think more is going on quietly than is publicly acknowledged, and it would help change our cultural attitidues towards sustainable living if more of us went public - even just to our close friends and family - with our convictions and actions for a better world.
That's an awful lot of interactive options for me in one go. I may have to go lie down for a while to recover...
Posted by Clare Nerida at 4:42 PM 13 comments: Links to this post

Just when you think you can't shade anymore...

When I wrote in December about our summer shading system I thought we had shaded everything we could reasonably manage. But as it got hotter we found more exposed areas that could be protected and added: 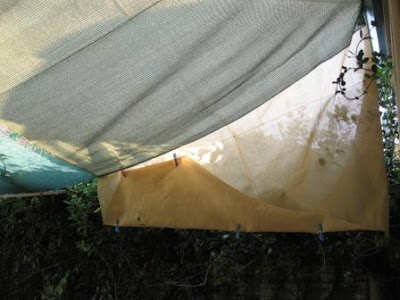 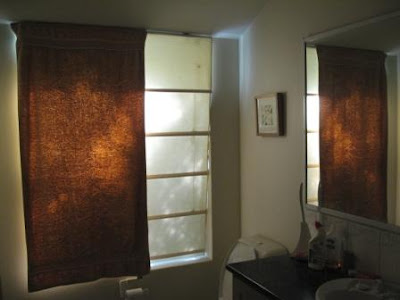 on very hot days, a towel inside the (northeast) bathroom window, which has no eaves, 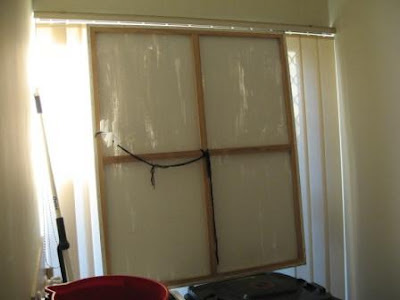 on very hot days, an old painting canvas inside the (southwest) laundry glass sliding doors, which get blasted with afternoon sun, 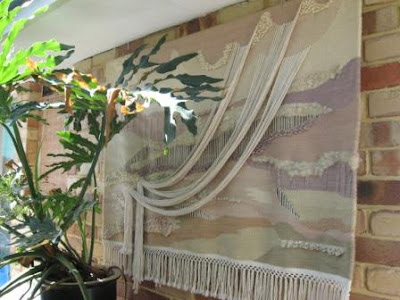 an old woollen wall hanging on the southwest wall outside Eva's bedroom, and 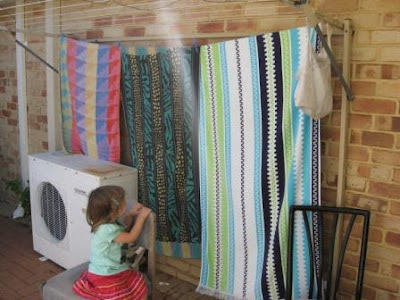 three towels left on the clothesline all summer along the northwest living area wall. 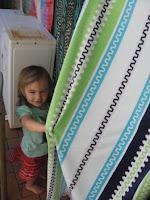 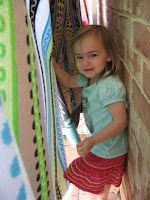 These also make a good cubby.
Initial Time: Shade cloth: fifteen minutes to bend hooks and hang the cloth; wall hanging:five minutes to put a hook in; towels: 30 seconds each to hang; paint canvas: 30 seconds to balance in place on the grey water bin.
Initial Cost:$20 for shade cloth, zero for towels, paint canvas or wall hanging (which was being thrown out by a family member)
Ongoing time or cost commitment: One or two minutes every week or two to readjust the rear shadecloth as it slips a bit in windy weather; 30 seconds each on hot days to put up the inside towel and paint canvas; probably about ten minutes at the end of summer to pack away for cooler weather.
Impact:A southwest facing vertical surface in Perth in summer receives approximately 3kWh of energy per square metre per day. If the surface is unshaded transparent glass, almost all this energy gets inside the house as heat. The additional shading to our rear courtyard gives 90% shading to about 3 square metres of glass, reducing the amount of heat entering our living area in summer by approximately 8.1 kWh per day. We have a 300% efficient reverse cycle air conditioner in the living area which would use 2.7 kWh of energy to remove 8.1 kWh of heat.So, by shading instead of turning on the airconditioner most days, we are saving 2.7 units of electricity per hot day just with this one area of shade cloth. Put another way, we start to get ahead of the $20 spent on shade cloth on the 27th day of not turning on the aircon. (Thanks Tyson for knowing the numbers!)
In less precise terms, I estimate that this summer it has generally been the third day in any heat wave before we turn on the airconditioner, and last summer I think it was more often the second day. I consider a heat wave to be when the temperature stays at the mid thirties or higher for more than one day. Our airconditioner rarely runs on days with temperatures up to the low thirties (celsius!).
Calculations for the towels and wool hanging shading wall areas, and the paint canvas inside vertical blinds, are more difficult, but we notice that these rooms heat up slower. (In terms of impact, one woolen wall hanging also has a new purpose in life and has been saved from landfill, at least for a while.
Our recent power bill for 22 Dec to 24 Feb shows an average electricity usage of 8 units a day (530 units total), a very very small reduction on the same period last year (10 units less over two months). Most of the past year our average usage has been around 6 units a day, so summer is still presenting the biggest challenges for reducing electricity use at our house. It was the fourth hottest summer in Perth ever recorded (since 1897) and I was going to excuse our tiny reduction by pointing to this fact - until I discovered two of the other three hottest summers were 2009-2010 and 2010-2011. (Its hard to deny climate change when three of the four hottest summers here in the last 115 years were the last three consecutive years... the other was 1997-98). So my alternate excuse for our electricity usage not reducing compared with last summer is that this year I am pregnant and feel hot quicker!
To put our usage in some perspective, however, Synergy (our local electricity supplier) estimates the average household electricity use in WA's southwest grid is 6250 kWh per year (over 17 units per day). Our household's 2011 usage was 2452 kWh (6.7 units per day). We are living a perfectly comfortable existence on that amount of energy.
Posted by Clare Nerida at 1:46 PM No comments: Links to this post