Driving to kindergarten five days a fortnight is not something I had hoped to be doing. 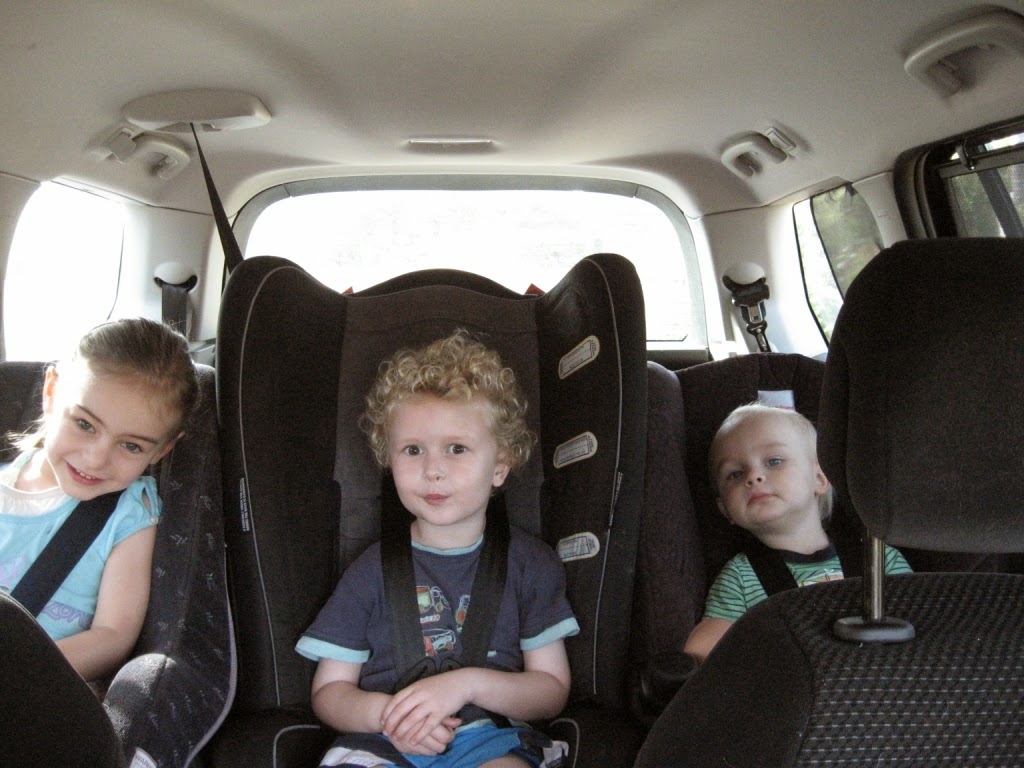 However, when we found the wonderful play-based McDougall Park Community Kindergarten two suburbs away we decided it was worth the short drive. We were thrilled for many reasons that Eva's best friend from a couple of blocks away also enrolled at McDougall Park, but one was that it allows us to share the driving. We split drop-offs and pick-ups between the two families and are effectively taking one car off the road each kindy day. Initial Time: a few minutes of conversation to make arrangements (unless you count four+ years of cultivating friendship between two families in the same neighbourhood). About five minutes is added to each of our kindy runs to pick-up/ drop-off - but as we are only doing half the kindy runs it is a time saving over all. 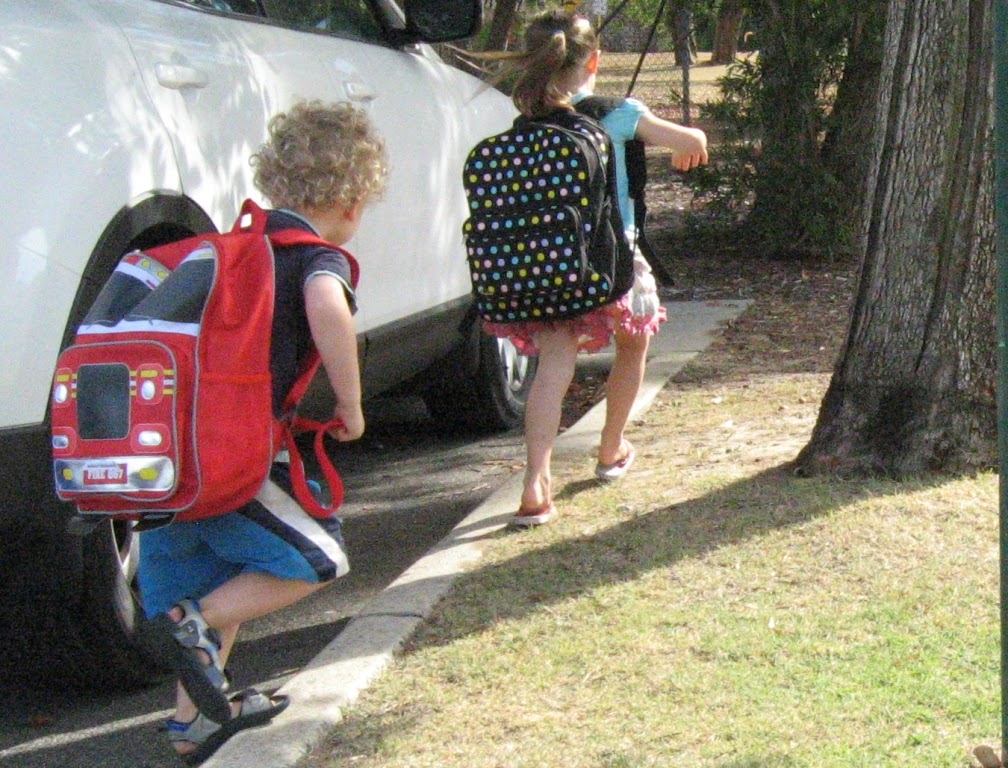 Ongoing time or cost commitment: occasional check-in conversations to keep arrangements rolling smoothly, but its both a time and money saver. To be honest, it was probably the time-saving benefits that first motivated us to car pool. 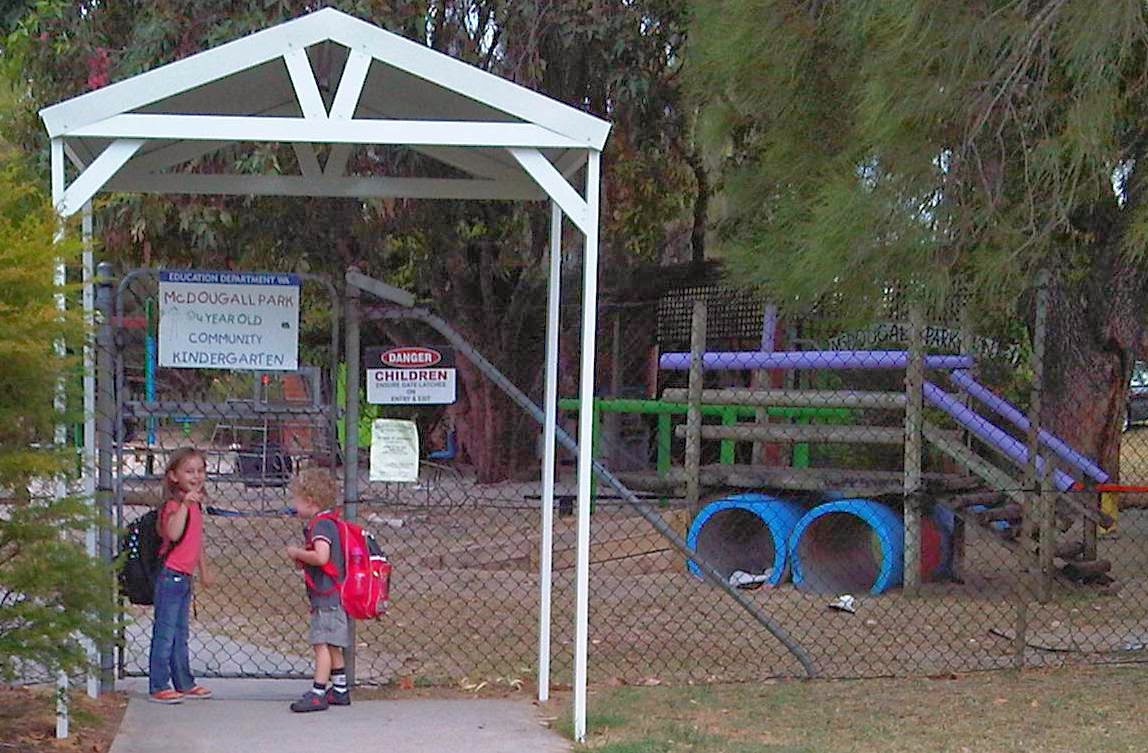 Impact: The return trip to kindy is around 15km, twice a day. Both families drive reasonably fuel-efficient European diesel cars. Allowing that there will be occasions when we both drive - like the first week when the children were settling in - I estimate there will be about 90 days in the year that we car pool. This means we are reducing our travel distance by around 2700km for the year. At an average of 7.5L/100km, this means about 202.5L of fuel saved, a reduction of 547kg of carbon. 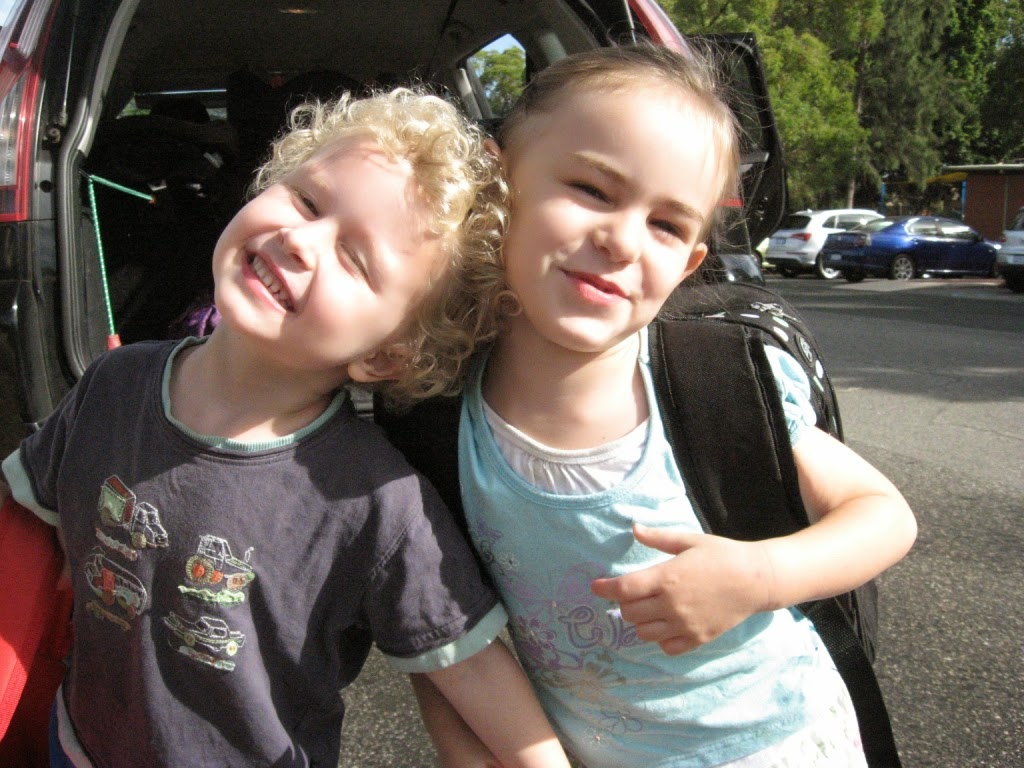 Photos by Tyson (except the one by Ben, at the gate) - the dads actually do most of the kindy runs. Thanks J&B for letting me use photos of A!

PS: For those who get this by email - I've totally redesigned the blog in the last month, so just this once click across and have a look. There is also now a Facebook page for the blog - https://www.facebook.com/smallstepsforsustainability - but I won't be putting a 'like us' button up, as those buttons allow Facebook to track the internet use of anyone who visits Small Steps, whether they are on FB or not.
Posted by Clare Nerida at 8:56 PM 1 comment: Links to this post