I am two days into a three day conference that includes lunch and snacks, with disposable plates and cups and cutlery. 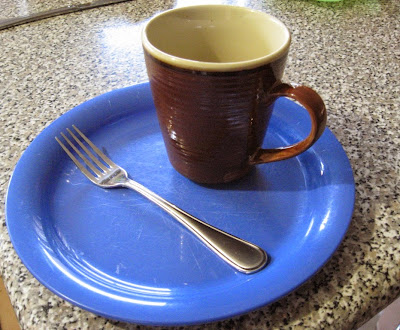 So today I took my own.

Which is such a simple thing that this is going to be my shortest blog post ever.

Impact: I saved two plates, two forks, two styrofoam cups and two plastic water cups from the bin. Not a big contribution, I know, but something. I'm hopeful that my brought-from-home items maybe made one or two people at least notice that they were chucking stuff away after a single use.

Australians throw away about 2.7 million disposable cups a day - nearly 1 billion each year (part of 500 billion annually world-wide). I couldn't find a figure for plates and cutlery. This would be lower amount, as plates in particular are not used for take-away food at the rate that disposable coffee-cups are used for take-away coffee, but even so I can't imagine its a small number. 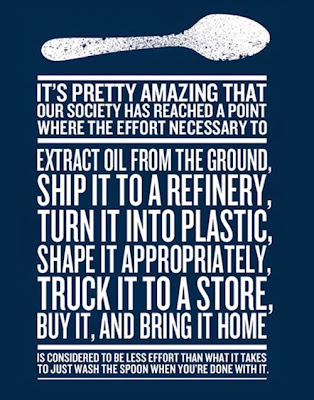 Image by Max Temkin at Adbusters.
Posted by Clare Nerida at 9:07 PM No comments: