When Tyson's sister moved overseas earlier this year, she gave us her washing machine. 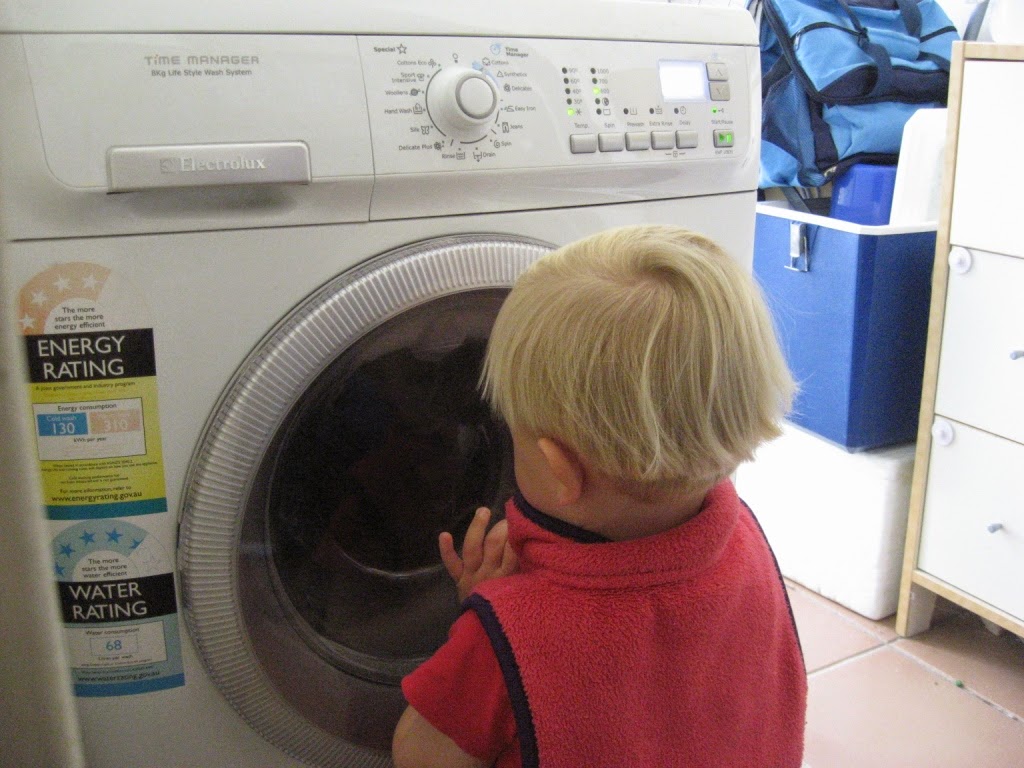 Our previous machine was my first ever white goods purchase, to serve a student house share, and at the time it was relatively water and energy efficient. More than ten years later it was valiantly continuing to serve, but was no longer the most efficient option available - and getting a bit small for a family. (How do such little people make such large piles of washing?!)

In addition to using a more efficient machine, we are also using its multiple function buttons to override its less efficient features. We continue to choose cold water every time, and only run the machine if it is full. We also now have control of the spin speed, and (except on very wet winter days) reduce it from the preset 1000rpm to the minimum 600rpm. It is also possible to end the wash completely before the spin cycle is complete, and I do this when I walk past during the spin.

Initial Time: an hour or two relocating the machine 30km across the suburbs and reinstalling.

Ongoing time or cost commitment: Clothes takes a little longer to dry if not spun fiercely for the full cycle - but for at least six months of the year (more like nine) they still dry in a day on the outside clothesline in the sun. In wet months I keep the long spin for nappies and heavy items, but short/600rpm spin for other things. 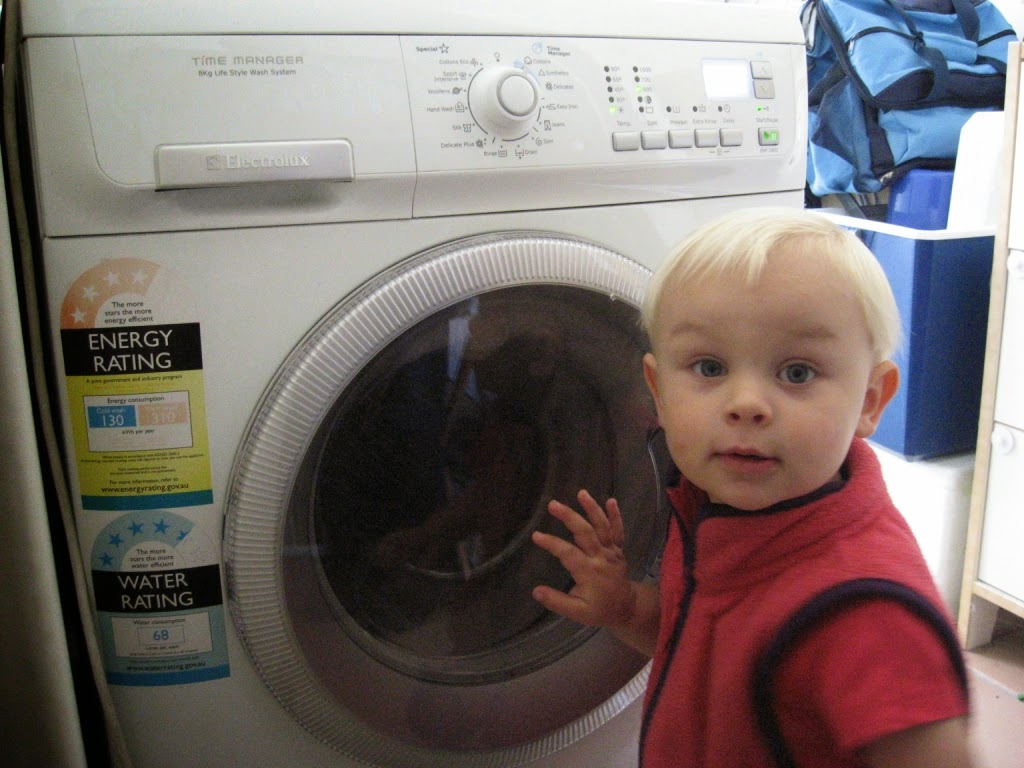 However, the new machine can take 8kg, rather than 5.5kg. This means that the total number of loads is reduced from 5-7 a week to 3-5 a week, and this is where the big saving comes: the machine is using the same amount of energy to wash 45% more washing. Energy ratings are calculated assuming one wash load per day. If we do four loads a week, we use around 177kWhr/yr. If we do six loads a week, we do around 265kWhr/yr. So, we are potentially saving 188kWhr per year, a reduction of 154kg of carbon dioxide. (That's without any alteration to the spin cycle - we could not figure a way to calculate that)

Our observation is that the new machine uses about 60% as much water per wash. We catch the water, so can make a pretty good guess at this. Previously we used around 85L per wash; now we are using around 50L. Allowing for the reduced number of loads, that's a reduction of around 16,000L per year.

Before you race out and replace your washing machine, however, its worth considering the embodied energy involved: the energy (and water) used to manufacture and transport the machine, including the raw materials used to make the machine. In addition to the obvious plastic and steel, washing machines use copper, silver, gold, palladium and platinum. Although mostly used in small quantities in the machine's electronics, extraction of these metals is considered to have high environmental impacts. Even spread over a ten-year working life, the embodied energy in the production of a washing machine has been estimated at around 16% of its total environmental impact, with its disposal after use another 10%. That is, only three-quarters of the 'footprint' of a washing machine is the energy it uses to wash for ten years - the rest is its manufacture and disposal. Another website suggests a twenty-year life span (optimistic!) and has the embodied energy calculated as 5,681,430,000 Joules (1,578kWhr).

Which leads me to: We have a fully functioning 5.5kg front-loader washing machine to give away. If you or someone you know is setting up house or still needing to transition away from a top-loader, and could help spread the embodied footprint of the old machine over a few more working years, please get in touch.

Update: We gave the old machine away using 'GiveIt' and it is now heading for a family in need.
Posted by Clare Nerida at 5:29 PM 1 comment: