Summer in Perth... time to talk again about passive cooling. 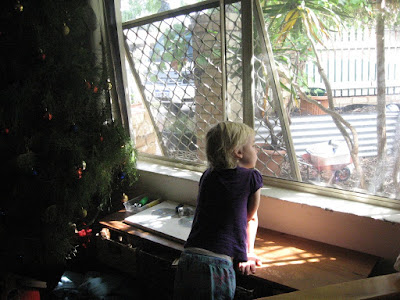 We have been renting this house for eight and a half years (a rental duration miracle). The balance between renters and landlords in Perth has tipped a bit in the past year. Landlords are currently keen to retain good tenants, as vacancy rates are up, so when we got a new property manager a few months back we thought it was worth asking for a few non-essential-but-desirable things around the house. Second on our short list (after 'permission to have a pet') was security screens for the four windows that did not already have them.

The new property manger was very supportive, and the owners agreed to pay for screens. They were installed at the start of January, just in time for our hottest summer months. A big thank you to both owners and agent for arranging this! 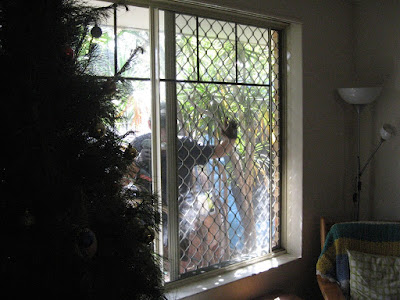 Although we could secure the windows previously, this required having them almost completely closed. In summer, a key part of our passive cooling approach is ventilating the house at night. For maximum air flow we need the windows wide open while we sleep, but in our neighbourhood that is not really an option without security screens.

The new screens for the large lounge and kitchen windows in particular make a big difference to how much hot air we can remove from the house through the night. We are now leaving all our windows open, and, as described previously, using extractor fans and pedestal fans to assist in removing the day's heat after dark. 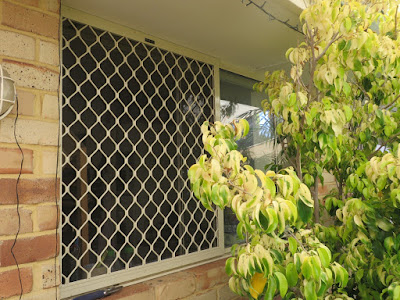 Initial Time: five minutes conversation with our property manager, then quite a lot of weeks of waiting.

Initial Cost: The owners have covered the cost. However, the guy installing them told us the big windows cost $160 and the narrow bathroom window was $110. I'm not sure whether this included his time to install them also (Installation took less than an hour).

Ongoing time or cost commitment: Two minutes at the end of each day to open all the windows; two minutes in the morning before the day heats up to whip around and close them all.

Impact: Our airconditioner uses approximately 1.5-2kWh (units) per hour, so it doesn't take long to gobble up plenty of energy cooling the house. Our average daily electricity usage is 6-7 units per day, so the airconditioner can double our usage in under four hours. We've had one really hot spell since the screens went in and I felt the living areas were cooler in the mornings that they had been pre-screen, meaning we lasted longer before using electricity to cool the house. My post last January about extractor fans has detailed calculations of energy use to cool overnight with our airconditioner or with fans and open windows.

And finally (totally unrelated to passive cooling but also a result of asking the landlord for a few things): Here are the newest additions to our family, the much-loved baby guinea pigs 'Smudge' and 'Excavator'. 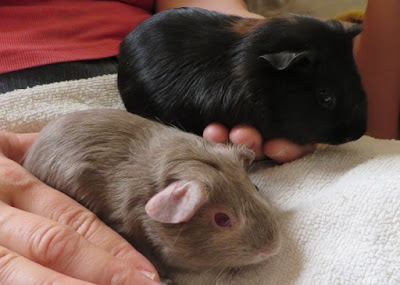