We have made a commitment that whenever something at our house breaks, wears out or otherwise stops working, we will try to fix it before considering throwing it away and/or replacing it. 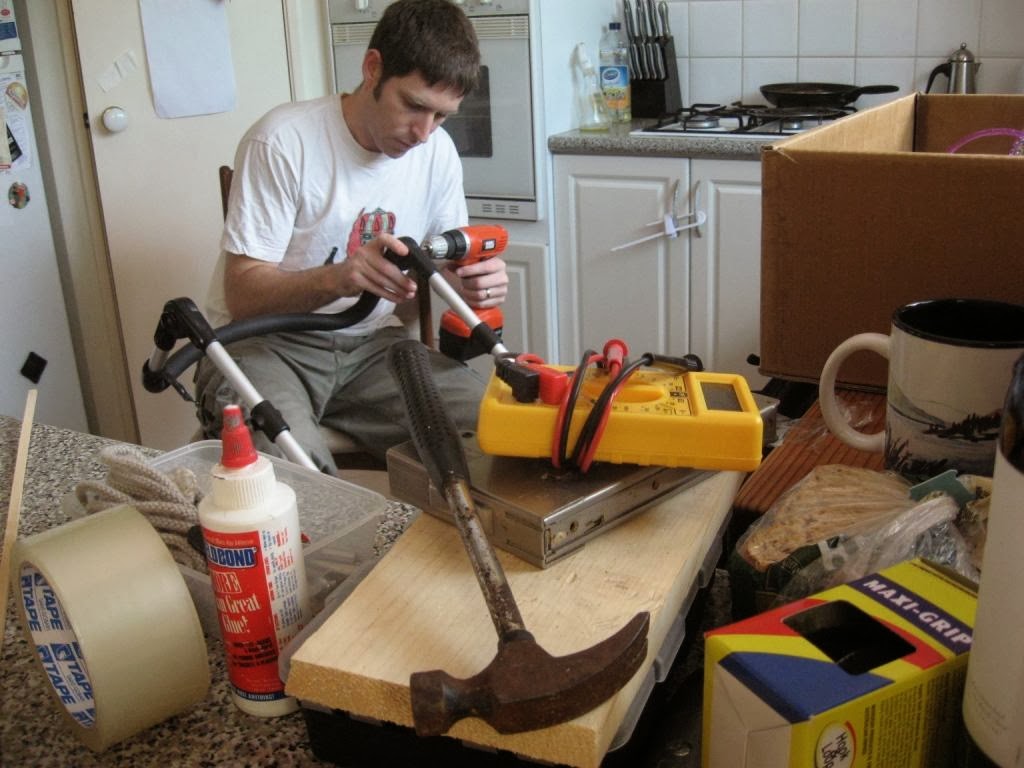 It's a commitment I suspect most parts of the world - and most previous generations in our part of the world - would be astounded to know even needed articulating. 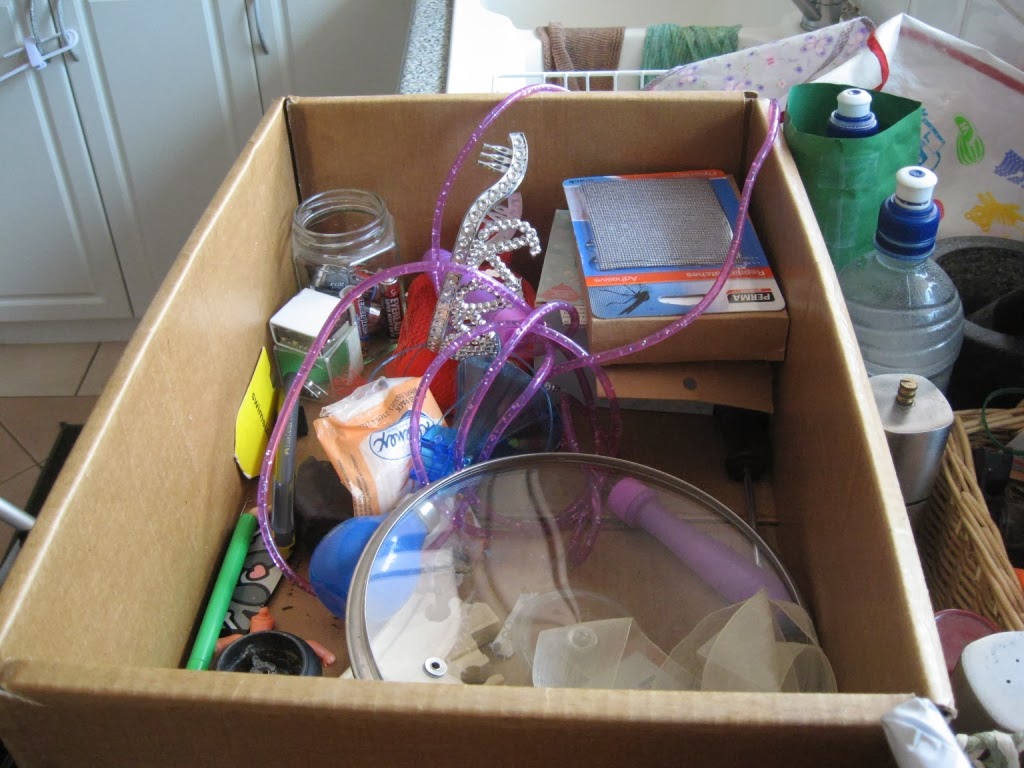 To aid in our endeavours, we have established the 'fixing box'. It lives in a high place in our living area (it's got enough brokenness in it already without putting it where Small Boy can reach!). Mostly when toys get broken I am too busy with other things to be able to immediately repair them, so they go into the fixing box to wait for a fixing session. 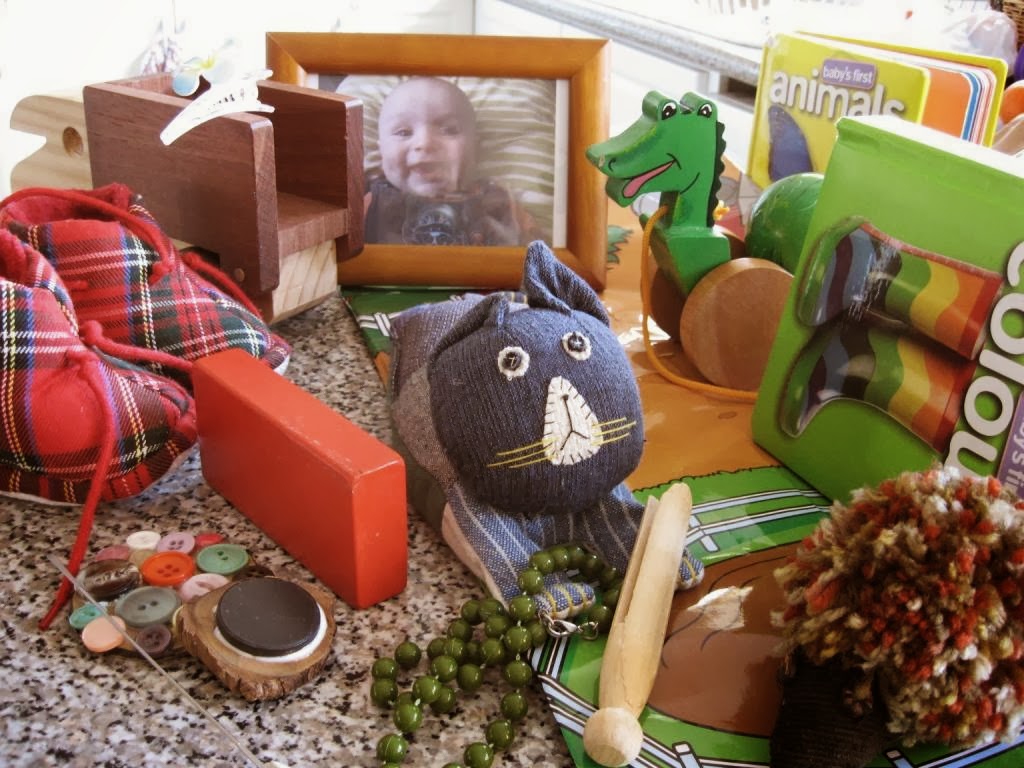 (As a parenting tip: the fixing box also works a treat for things broken beyond repair that threaten floods of tears if they head towards the bin: into the fixing box with 'we'll have a look later to see if we can fix it' followed by a good few weeks hidden in the box usually means they get completely forgotten and can be disposed of without fuss at a later date).

Tyson's (tiny) shed is also something of a 'fixing box'. Although some may interpret that as 'unruly pile of rubbish' I am confident that fixed things do eventually emerge from there.


And if it really can't be fixed (like this much loved bag) we salvage what we can for future projects. 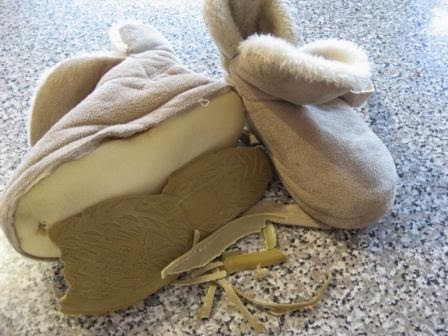 Fixing most things does not require fancy tools or equipment. I have a sewing machine. Tyson has no workshop and his tool kit is pretty basic. For a work bench he clamps a hunk of recycled timber beam to the ladder, and works in the back courtyard. 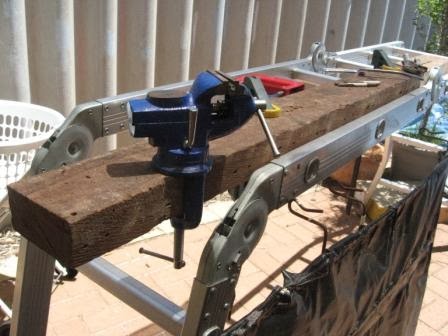 When special tools are required (very occasionally) he borrows from his dad, who has a much more extensive collection. If this is not an option for you (because you don't know his dad... or don't have a handy friend or family member with lots of tools) there may be a tool library near you. Or just put the word out to your networks that you need something - its amazing what people have lying around.

Fixing also rarely requires special knowledge or skills, although it sometimes requires a bit of confidence to give something a try. For example, yesterday Tyson transformed three derelict kitchen chairs from this: 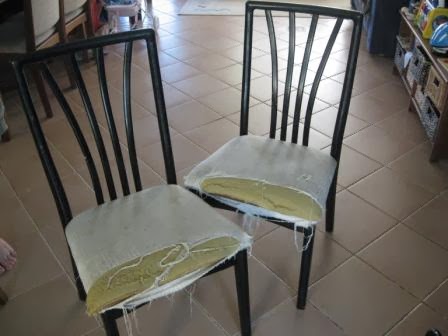 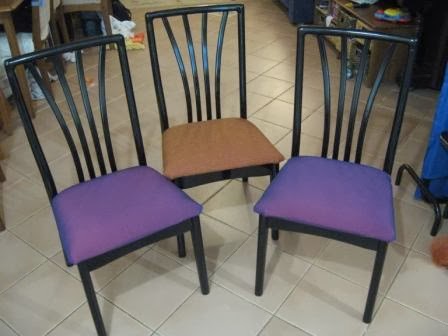 The only 'special tool' was a staple gun - very easy to use. These chairs were verge pick-ups originally and were about to head that way again. 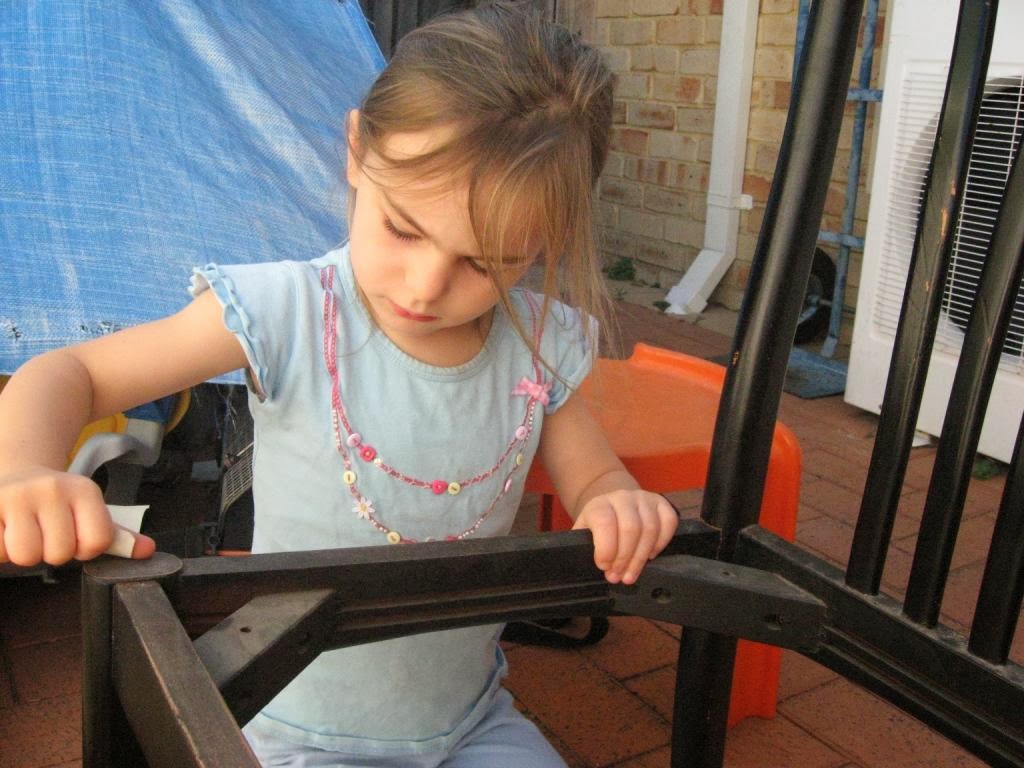 Eva helped with sanding back so the paintwork could be resprayed. I said encouraging things and took photographs. Small Boy supervised. 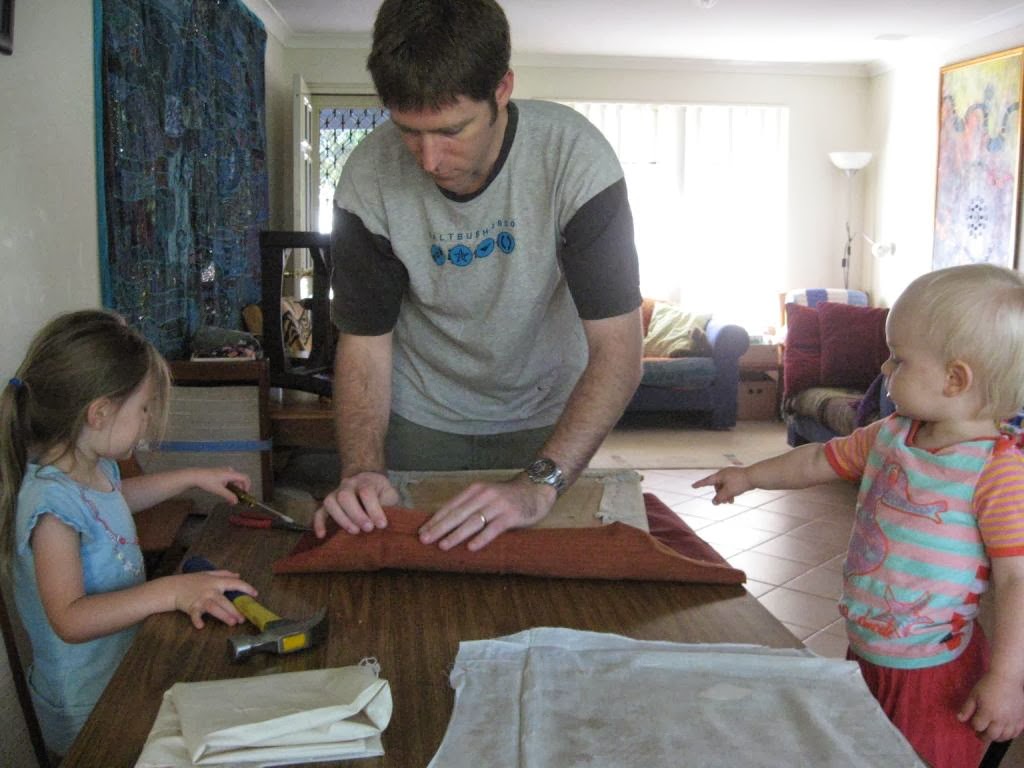 Fixing furniture may seem daunting but it is often not that difficult - and so rewarding! I once re-strapped an armchair with only a hammer, tacks and strips of old jeans, and it lived for many more years.

Initial Time: This varies from a couple of minutes to glue a piece of toy back on or sew a quick button to projects requiring research, part-shopping and considerable work. Tyson is more likely to do those ones than me. But to be fair, he gets a great deal more pleasure out of figuring out & implementing cunning make-do fixes than I do. There's a lot of the Ken John in him (his grandfather). The chairs above took about 1.5 hours each - a little longer for the two that he re-glued (loose joints).

The fixing box method takes about two hours every three months to have a blitz on accumulated broken things.

Initial Cost: Again, this varies enormously. Most things can be fixed with a bit of thread, tape or glue, which I estimate costs us about $25 a year. 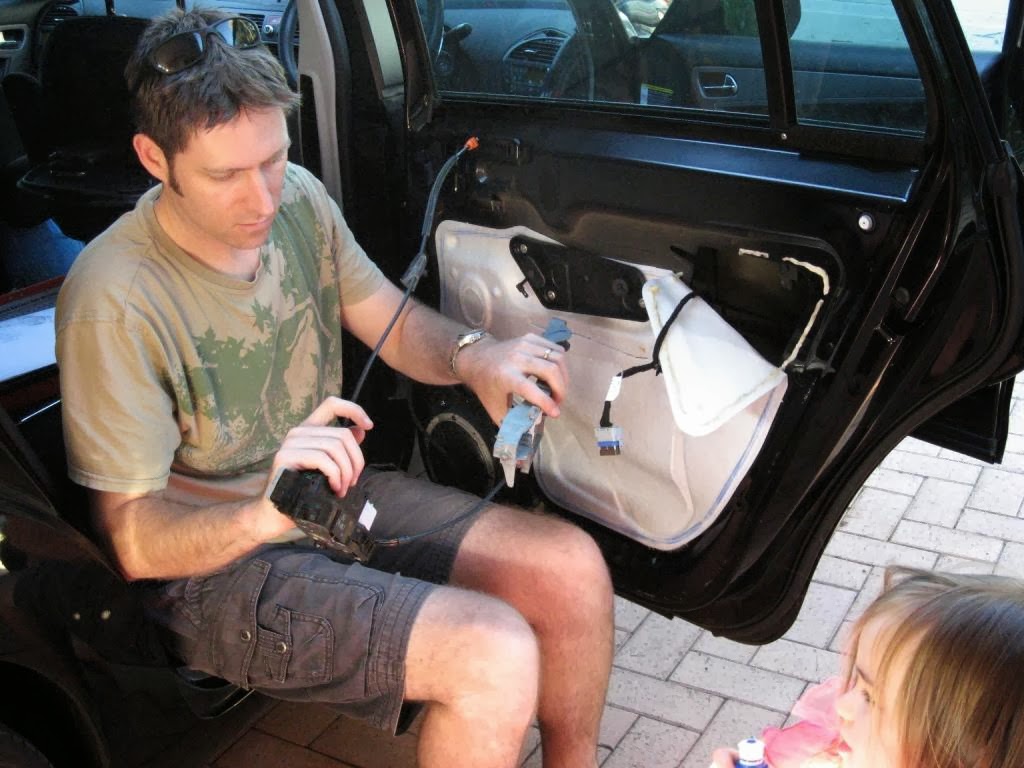 Some fixes are a huge cost saving - like the car door latch pictured above. Tyson did that for me last Christmas for about $45 (cost to join online Picasso-owners forum, and buy a manual and a just-right tool) and half a day fiddling around, after the Citroen mechanics quoted us $1000+ for the same work.

Others cost more in dollars and/or time than it would take to just buy a new one. 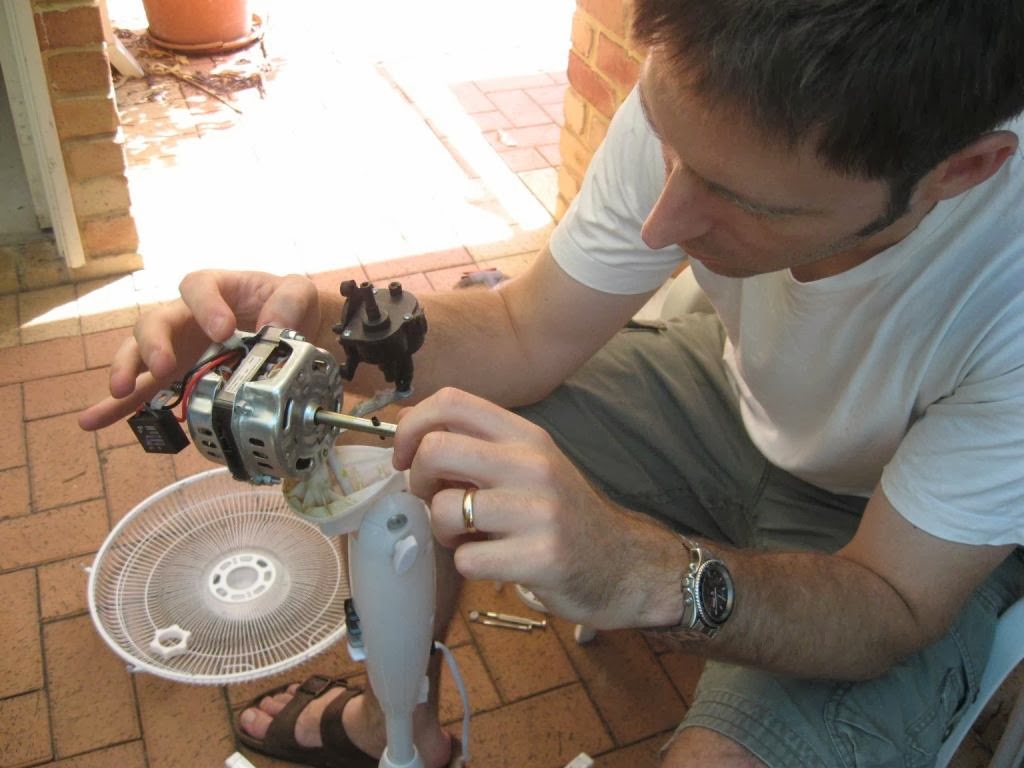 Pedestal fans are a good example of this. You can pick them up for $10-$20, and every year there must be hundreds of them put out on hard-rubbish days because of minor faults. We have three and Tyson is getting quite good at stopping their odd rattles, making them turn (or not, depending on the problem) or getting them started again when they have apparently died. Pedestal fans should be kept out of land fill! They use about 50W of electricity compared with our reverse cycle air-conditioner which uses 2.5kW. That is, our aircon is equivalent to running fifty pedestal fans together.

Ongoing time or cost commitment: As above, ongoing.

Impact: Australian households produce an estimated seven million tonnes of waste per year. Our average rubbish per person is higher than Canada, Germany or the UK (although less than the USA). LivingSmart illustrates this quantity graphically as each Australian family producing the amount of waste it would take to fill a three-bedroom house from floor to ceiling. Compressed. Every year.

It is crucial that we don't put anything into the waste that doesn't need to be there. Fixing everything we can is a big step towards that. 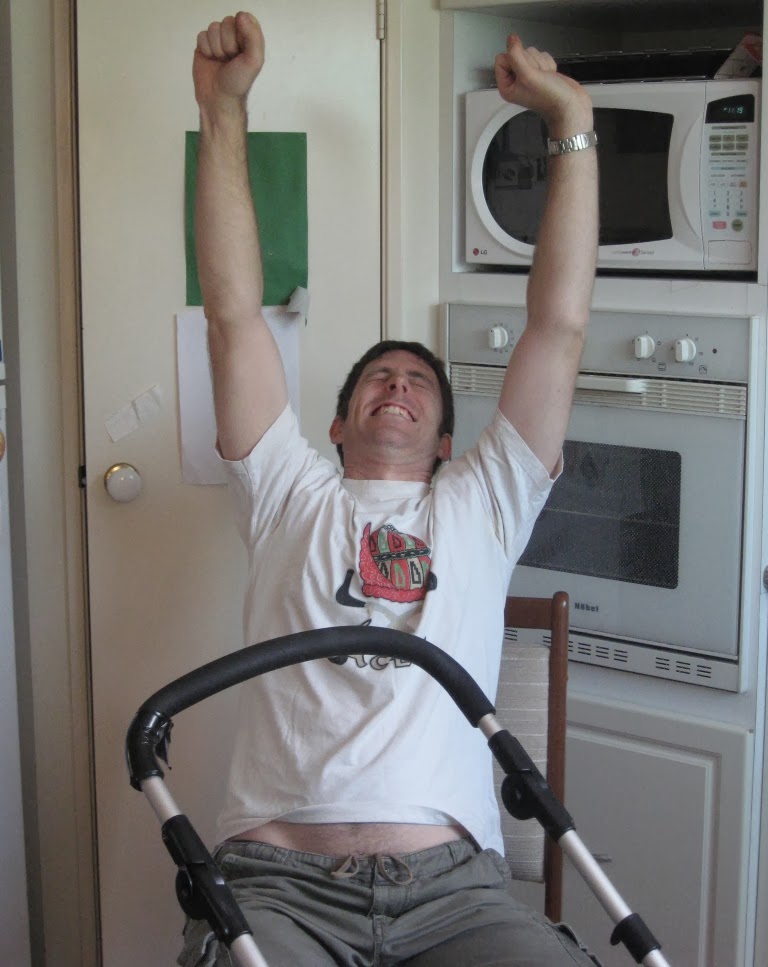 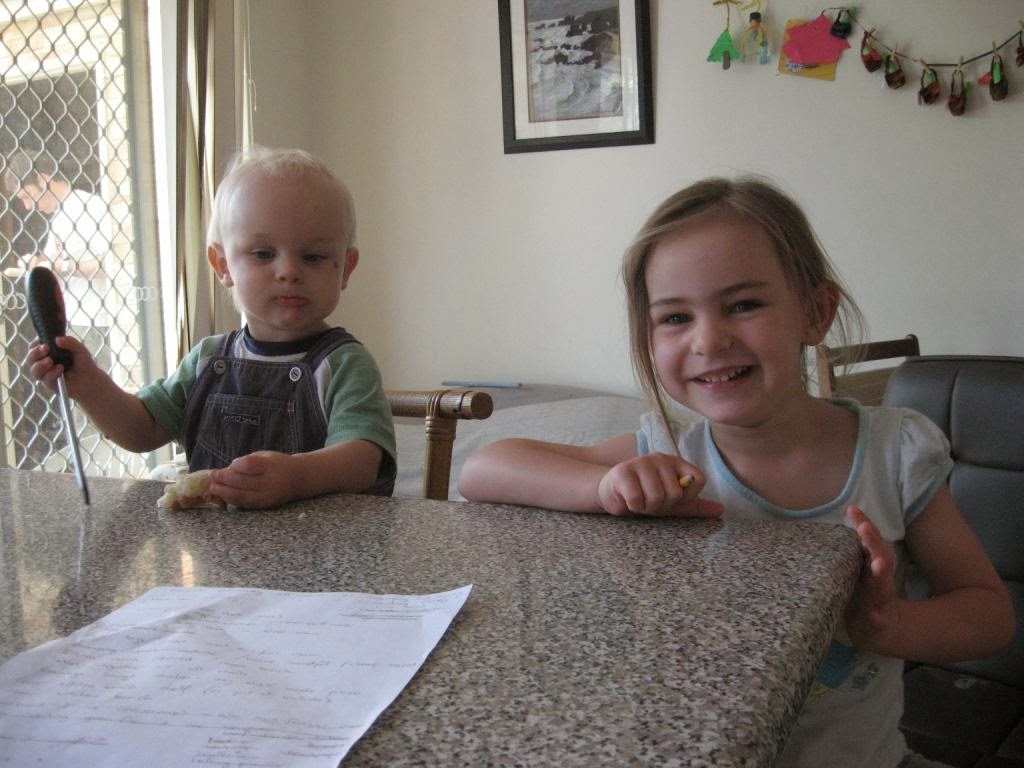 And as a household norm, it helps to set our children's default to 'fix' rather than 'bin'.

PS: I just want to clarify that the reason I am not in any of the photos is not because I don't do any fixing; its because I take all the photos. Except when Eva takes them, when focus can be a bit optional. Here's one of Eva's to prove I do fix some things myself: 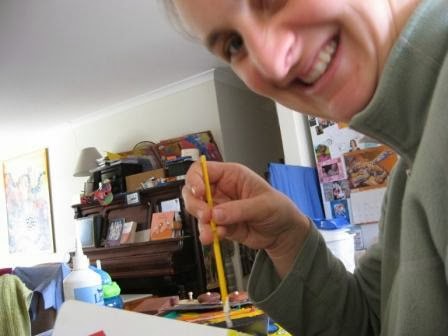 Or find your local men's shed and take your project there to use their tools. (If you're a bloke, presumably. I understand that men's sheds are an important men's mental health initiative, but... I would like to have somewhere I could take my project too! I guess I could try the Australian Sewing Guild but I would prefer to wrestle the staple-gun away from Tyson and have a go at upholstery)

Posted by Clare Nerida at 2:31 PM 2 comments: Links to this post