Shading the house for summer

The arrival of summer means time to roll out the window shades all around the house. Three stay up all year, one is stored away, and another is rolled up and tied on the roof through cooler weather.

We installed three new shades this year, as necessary pruning in the front yard had left some of our northeast windows too exposed to morning sun. The most significant of these is a shadecloth wrapping the exposed east corner of the house. We can't quite believe how much cooler the whole house is for reducing the morning sun on this east corner. 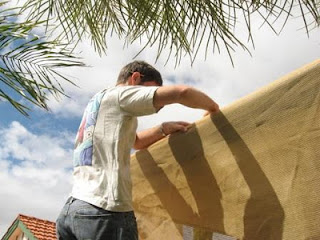 We also put a large plant outside the piece of southwest wall that is the head of Eva's bed, to cut the baking sun and try and keep her bedroom a little cooler. The plant doesn't like all that sun so we may need to reconsider how we shade that spot through summer. 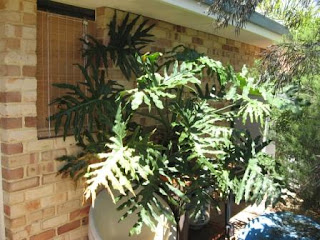 Initial Time: Installing the threenew shades took about two hours. Rolling out or reinstalling last year's shades took about twenty minutes.
Initial Cost: Tyson spent about $20 on more shadecloth, timber and shade cloth clips.
Ongoing time or cost commitment: Nothing to do until we roll them up again in late April, except for the two smaller ones that blow in the wind and sometimes need to be pulled back off the roof.
Impact: So far no hot days have required the airconditioner, except for one when we were all sick and normal cooling was not enough. The office, now in the east corner of the house following a room shuffle, hasn't even needed a fan yet.
Past blog entries about shading can be found in December 2010 and December 2009. Note that the tarpaulin shown in the 2010 entry tore in half in strong wind as air couldn't escape through it, so we now only use permeable shade cloth to maintain air movement. We've had a couple of questions about how we fasten the shade cloths, so below are a series of photos to illustrate the detail of the operation. 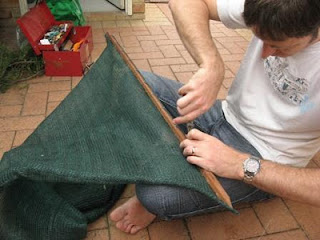 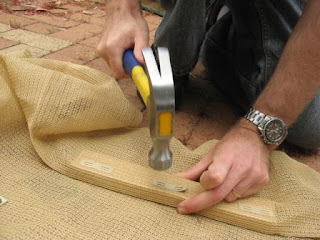 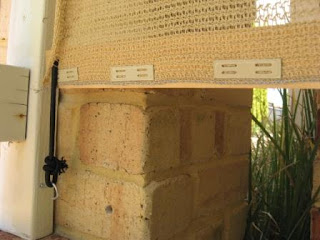 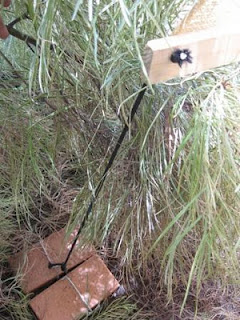 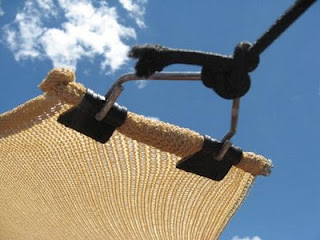 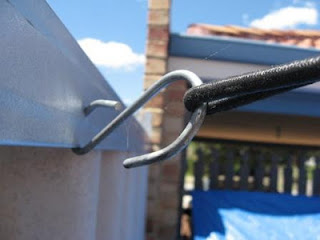 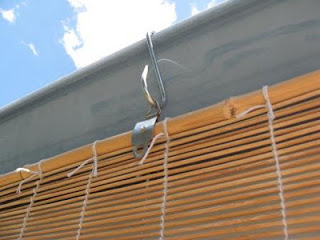 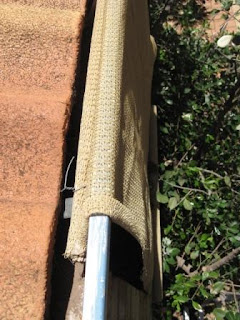 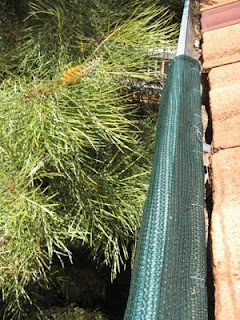 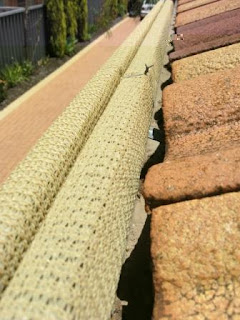 Posted by Clare Nerida at 1:53 PM No comments: Links to this post